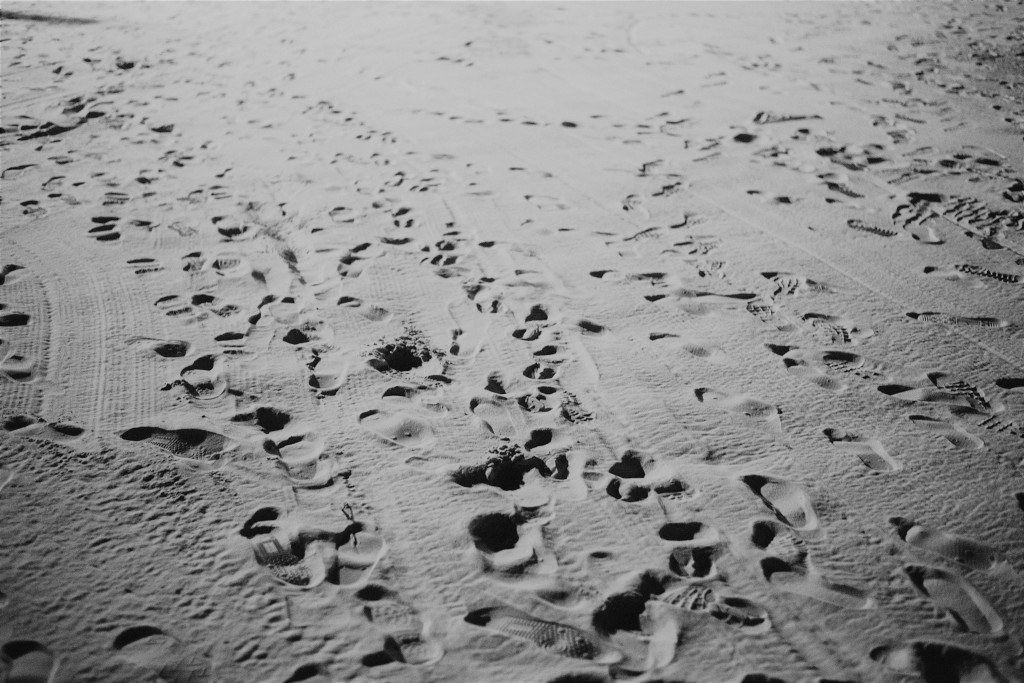 The 2015 “migrant crisis” paved the way for the rise of the far right party, Alternative fur Deutchland (AfD), in Germany. While economic insecurity is often quoted as a key contributor to the party’s popularity, the dynamics are far more complex.

In some ways, crisis is an appropriate metaphor for the accelerated arrival of asylum seekers in Germany in 2015-2016. The period and its aftermath involved peak numbers of asylum seekers and the practical difficulties of receiving them. Especially at the local level of municipalities and districts, authorities often confronted challenges that surpassed their logistical capacities and professional competencies. That moment also saw the political fallout of Angela Merkel’s decision to let in the newcomers, which manifested in a decline in support for Merkel and her allies, as well as the sharp, corresponding rise of the far-right, anti-migration party, Alternative for Germany (AfD).

This turn was followed by a spike in racist and violent incidents, but also broad mobilization of innumerable people and groups from various sectors of German society in support of the migrants. The German political landscape emerged from that period substantially reconfigured, and these events mark a decisive moment of important shifts in recent German political history. But as exceptional as these events might seem, the political developments of the years 2015-2016 and their aftermath sit uncomfortably with most crisis-centered approaches for making sense of contemporary Germany. Accounts that have over-emphasized socioeconomic crisis as the bedrock of xenophobic nationalism and far-right populist success struggle to explain contemporary political trends in Germany, a country that in recent years has performed economically better than it has for decades. That’s why we must instead understand these developments as a reiteration of previous moments in the history of the Federal Republic of Germany.

Debates about Syrian migration to Germany, while no doubt specific to the present historical moment, are not without their precedents. The national reckoning with the permanence of millions of guest-workers and their family members, previously conceived as transient residents, ignited political strife already four decades ago. In the years since, Germany has taken in massive immigration from post-Soviet countries, while largely failing to attract high-tech temporary migrants in a green card-type labor recruitment drive in the early 2000s. Yet, most notably, the recent events evoke clear parallels with the early nineties, when a little over one million asylum-seekers arrived in the country between 1991 and 1993.

This previous cohort of refugees sought safety from wars and atrocities in the Balkans, as well as in parts of the Middle-East. Like today, that migration event was followed by a sharp increase in nationalist violence that resulted in numerous fatalities. It paved the way for a push for tougher asylum laws and accelerated deportation procedures. And it heralded the rise of far-right parties such as the Republikaner, as well as mobilizations in support of the refugees in response to the emerging logistical challenges. In light of this not so distant past, contemporary claims about the singular or threshold nature of the years 2015-16 must acknowledge the resonances with these earlier experiences.

The AfD can be said to have effectively performed a crucial mediating function between two kinds of emotional politics.

The political developments around migration and refugees in recent years, including the meteoric ascent of the AfD, raise important questions about the significance of another sense of crisis, namely, economic. That far right parties successfully capitalized on economic anxieties during Germany’s decade-long stagnation starting in the mid-nineties to score some (modest) electoral gains has been seen as evidence in support of the link between economic crisis and racist nationalism. In the past few years, however, Germany’s economy has performed quite well, with unemployment remaining in the lower single digits, even if the most recent data indicate a potential slowdown. To be sure, regional contrasts in levels of prosperity persist and distribute economic realities quite differently across the Federal Republic, most notably (though by no means exclusively) between the former western and eastern states. Economic anxieties about a looming recession have accordingly shaped political landscapes unevenly throughout the country. Nevertheless, such anxieties became widespread at least since the 2008 financial crisis, and from that time onward economic conditions have generally improved. That makes any simple attribution of the rapid surge of AfD support to economic crisis questionable.

Economic crisis, of course, served as both the historical background and the ideological foundation for the party. The Greek debt crisis and preoccupations about the Euro-crisis gave birth to the AfD, even as they fell short of catapulting it into significance. Recall that “Alternative for Germany” was a literal response to Merkel’s “there is no alternative” statement about the Greek debt deal. In its early years, the party maintained a consistent focus on the recuperation of economic sovereignty through exiting the Euro. But it was the shift of emphasis to the politics of (anti-)migration and a new, younger, and more right-wing leadership cohort that, against the backdrop of the events of 2015-2016, flipped the slumping party’s fortune. In the recent elections in Saxony and Brandenburg, the AfD narrowly trailed the CDU and the SPD respectively to finish second in both states, and significant gains for the party are predicted also in the upcoming election in Thuringia. Especially in Saxony and Thuringia, it is the far right nationalist wing of the party that has triumphed.

The party has fused economic crisis and migration crisis, leveraging one against the other. Not as two actually existing social realities, but rather as haunting potentials that threaten to unravel the status-quo.

The AfD can thus be said to have effectively performed a crucial mediating function between two kinds of emotional politics. First, they have managed to capitalize on fears about economic futures, including not only the Euro-crisis or a looming recession but also, and inseparably, profound preoccupations about retirement funds. Second, they have succeeded in harnessing anxieties about demographic futures. The party has fused economic crisis and migration crisis, leveraging one against the other. Not as two actually existing social realities, but rather as haunting potentials that threaten to unravel the status-quo. Both these forms of emotional politics, for many AfD supporters, indicate at best the incompetence – at worst, the betrayal – of established mainstream parties, which in this view have failed to represent their constituencies’ interests.

Both asylum seekers and the Euro link up with concerns about national sovereignty and territory. As in other European countries, they suggest that control over essentially national matters has been lost to other, foreign stakeholders in Brussels and elsewhere. These foreign elites stand for the sequestering of important political processes away from ordinary citizens and into the hands of unelected officials, foreign governments, and non-democratic institutions. They appear as infringements upon citizens’ legitimate claims for democratic representation. Elsewhere in Europe, such resentment about the putative dismissal of democratic principles has been projected outward, toward the EU and Merkel’s government. But in Germany, for obvious reasons, such externalization has remained difficult. The AfD in particular masterfully occupied this juncture, framing both the Euro and the migrants as the betrayal of the people by the country’s own politicians. The party has been particularly skillful at channeling people’s preoccupations with the economy and working to bind these to their feelings about migration.

Many in Germany believed that the AfD’s upswing would prove brief and directly related to the arrival of large numbers of asylum seekers, and that the party would soon return to its limited dimensions as time passed and the impact of the so-called refugee crisis wore off. In fact, in recent elections – both federal in 2017 and state more recently – the party seems to have only become stronger. Regardless of how one chooses to describe the years 2015-2016, today Germany can hardly be said to find itself in the midst of a refugee crisis. Nevertheless, the AfD continues to appeal to many – indeed, a steadily increasing number of – German voters.

Today, fears of an economic crisis, boosted by recent macroeconomic indicators, have returned to occupy center-stage. Not instead of but alongside migration and other concerns.

Many aspects of the political dynamics that accompanied the refugee crisis and its aftermath, including violence against and harassment of migrants, were reminiscent of earlier patterns. However, the current conjuncture hence also represents something new. In the early nineties, the Republikaner party rose momentarily before it quickly fell, while never reaching anything resembling the electoral success and popularity that the AfD currently commands. The AfD’s sustained ability to continue and mobilize increasing numbers of supporters speaks volumes to the nature of its success. This success hinges less on the presence of an actual crisis, and more on the work of effectively producing emotions and on capitalizing electorally on feelings produced by the media and mainstream politicians.

The party expertly transitions between different meanings of crisis and mediates between them. It builds upon but also inflames emotional responses among ever broader publics by orienting such affects toward multiple horizons or visions for the future. Today, fears of an economic crisis, boosted by recent macroeconomic indicators, have returned to occupy center-stage. Not instead of but alongside migration and other concerns. But unlike earlier times, this conjuncture finds the AfD as an already established political party, the third strongest in the federal parliament and the second in two states, with an improved organizational and discursive capacity that allows it to deliver its message far more effectively than before. The years 2015-2016 were crucial for granting the AfD a historical opportunity to turn from a marginal protest party of seemingly fleeting existence and limited dimensions to a significant political force.

Nitzan Shoshan is a sociocultural anthropologist in the Centro de Estudios Sociológicos at El Colegio de México. He has worked on nationalism and the far right in Germany and Europe, and urban marginality in Mexico City. His prize-winning book The Management of Hate: Nation, Affect, and the Governance of Right-Wing Extremism in Germany (Princeton, 2016) is an ethnographic study of young right-wing extremist groups in East Berlin.

Begin typing your search above and press return to search. Press Esc to cancel.