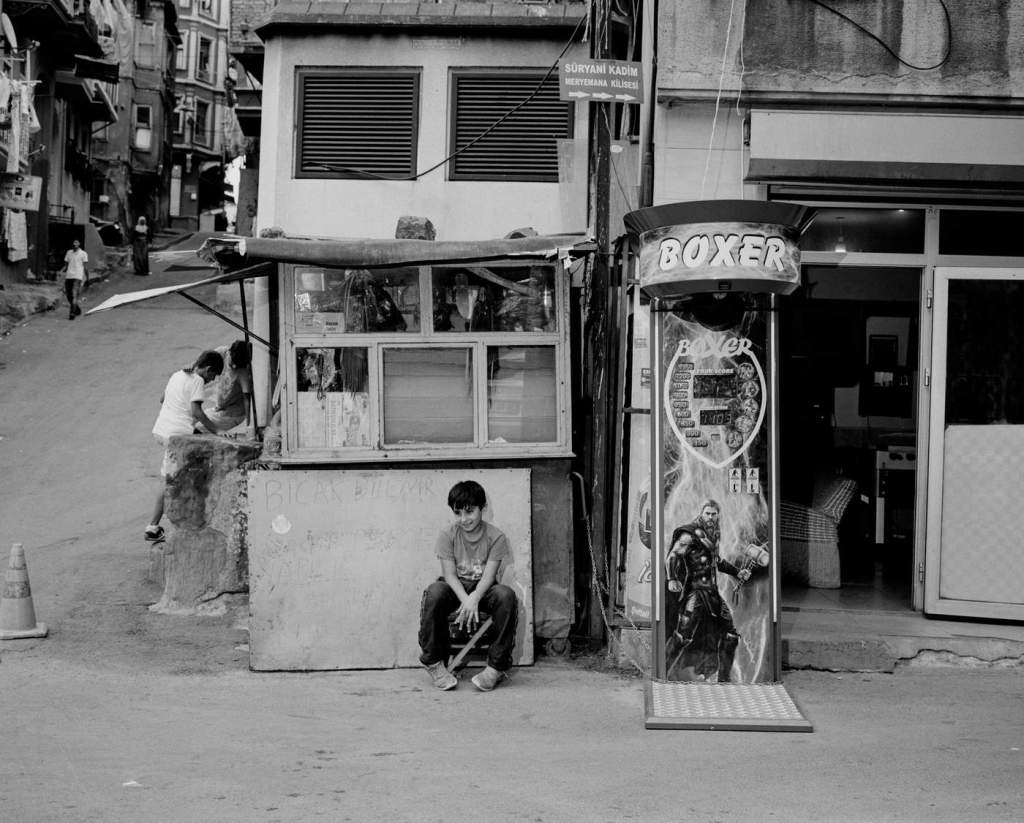 Diplomatic deals between the EU and regional refugee host countries are among the least visible border securitization measures emerging in recent years. Far from offering clear solutions, these deals raise a range of new problems.

One of the most lasting effects of the 2011 Arab Uprisings has been the ongoing Syrian Civil War. This has, so far, led to the creation of more than 6.2 million internally displaced persons and over 5.6 million Syrian refugees. While international news rarely focuses on the disastrous implications of the former, a Western perception of “crisis” has emerged over the latter – elites, policymakers, and media organisations have contributed to an omnipresent narrative of crisis across the European continent. Since 2015, the management of Europe’s “migrant crisis” has been seen as driving politics – from the rise of the far right and xenophobia to Brexit. Only a few weeks ago, the incoming President of the European Commission announced that the EU’s most senior official on migration would now have the job title “protecting our European way of life”.

It is worth repeating that Europe has received but a fraction of Syrian refugees – approximately 1 million Syrians have sought shelter across the 28 EU member-states, which is a fraction of refugees hosted by Lebanon alone, a country smaller than Kosovo. Another approximate 3.6 million Syrian refugees are currently residing in Turkey. Yet, this clear concentration of refugee settlement in neighbouring countries has not prevented the EU and individual member states from engaging in a long, sustained process of securitization aimed at preventing asylum-seekers from reaching Europe’s shores. One of the emerging securitization strategies that has received less attention than border zone policies has been the expansion of Europe’s migration diplomacy towards the Middle East. Specifically, such diplomatic measures include Europe’s introduction of socio-economic and political aid to states of first asylum via migration and refugee deals.

Most famously, perhaps, the March 2016 EU–Turkey “deal” is credited with stopping the flow of irregular migration into Europe, in return for €6 billion ($6.8 billion) in economic relief. In 2016, similar “deals” (or Compacts) were negotiated with the Jordanian and Lebanese governments and continue to shape the two countries’ responses to Syrian refugees. Beyond the Middle East, we are currently witnessing the proliferation of such agreements across the Global South. Ethiopia’s 2019 “Jobs Compact” – a $500-million program that aims to create 100,000 jobs for Ethiopians and refugees – has been hailed as the latest example of the international community providing economic support to states most severely affected by forced migration. There have been recent calls for a formal Turkish Compact, as well.

This type of “win-win” arrangement has been characterized as “one of the most important economic experiments in the world today.”

Such schemes are presented as ways to transform what is perceived to be a broken refugee system by supporting the integration of displaced persons into the host state job market. Conceived as a novel model for managing forced displacement, the $1.7 billion Jordan Compact, for example, aimed to “turn the Syrian refugee crisis into a development opportunity.” This type of “win-win” arrangement has been characterized as “one of the most important economic experiments in the world today.” Similarly, the World Bank promised to “transform the [Syrian refugee] crisis into new opportunities” for Lebanon. It put forth similar statements with regard to the Ethiopian Jobs Compact.

Both in the context of the European migrant crisis and beyond, it is safe to argue that Western states appear less receptive to hosting refugee populations and prefer to outsource the management of forced displacement to the Global South. So why should the proliferation of migration deals be a cause for concern, if they are able to support communities and countries struggling with an influx of forcibly displaced persons? To put it simply, such arrangements encourage the treatment of refugees as commodities. They empower host states to view displaced populations as a resource – or, more aptly, a source of economic “rent.”

In political economy, rent refers to excess payments when there is no cost of production. A number of states in the Middle East are considered “rentier states” as they derive a substantial portion of their national revenues from foreign sources in the form of rent, namely, via the sale of oil. Migration deals transform forced displacement populations into a novel source of rent. Provision of economic incentives to host states of first asylum in exchange for their continuing to host refugees sets the stage for the creation of “refugee rentier states.”

A language of shared responsibility and human rights protection is disappearing beneath new discourses about economic opportunities.

My research into the politics of the Syrian refugee crisis focuses on host states’ responses to migration deals, and identifies a rising trend in their attempts to leverage their position for material gain. Governments are beginning to employ refugees in their foreign policy agenda, particularly in their negotiations with industrialized states of the global north. As I have argued elsewhere, a language of shared responsibility and human rights protection is disappearing beneath new discourses about economic opportunities, refugees’ self-reliance, and their integration into host countries’ development plans.

Beyond long-term repercussions for the global management of refugees, an under-explored dimension of this novel Western strategy is how it may affect policy-making across states of the Global South. My research explores how three host states — Jordan, Lebanon and Turkey — have leveraged their population of Syrian refugees for political advantage by engaging in ‘refugee rent-seeking behaviour.’ Examples of this abound – Turkey was able to secure an unprecedented sum of 6 billion euros in 2016, as well as other concessions, in return for keeping Syrian refugees within its borders. In 2010, the European Union agreed to pay Libya 50 million euros after Moammar Gaddafiʼs threat that he would “turn Europe black” otherwise.

In early 2019, Ethiopia negotiated a $500 million aid packet in light of its status as a host state of almost 1 million refugees. Manus Island and Nauru received more than $5 billion from Australia between 2012 and 2018 to continue serving as offshore processing centres for asylum seekers — an astronomical sum, considering Nauruʼs annual gross domestic product is $114 million. Lebanon forged a 400 million-euro partnership with the E.U. in 2016, aiming to address living conditions for Syrian refugees as well as Lebanese citizens.

Bringing this line of work in conversation with existing international relations paradigms allows the identification of two main types of refugee-rent-seeking behaviour. States may either adopt back-scratching strategies that rely on interstate cooperation, or they might choose a blackmailing approach based on coercion. In the case of the former, pleas for international assistance and appeals to norms and international law are in sharp contrast with the latter instance, which frequently entail threats of unilateral action.

Jordanʼs management of Syrian refugees is a clear example of backscratching. The royal family and state ministers made repeated calls for international economic aid but never suggested that they would force Syrians out. “In a country of 6.6 million Jordanians, we have opened our doors to 1.3 million Syrians,” Queen Rania said at the 2016 U.N. summit on refugees and migrants, adding that “it cannot fall to the countries closest to the conflicts to shoulder this responsibility alone.”

A blackmailing strategy is easier to identify. During the February 2016 negotiations of the E.U.-Turkey deal, Turkish President Recep Tayyip Erdogan said: “We can open the doors to Greece and Bulgaria anytime and we can put the refugees on buses. … So how will you deal with refugees if you donʼt get a deal? Kill the refugees?”

I identify how states make rational calculations based on their relative position and strength vis-a-vis their target states. When they host a large number of refugees and domestic elites perceive of their country as being geopolitically important, they are more likely to engage in blackmailing — as in the case of Turkey or Libya. Otherwise, they are more likely to engage in back-scratching behaviour — as in the case of Jordan or Lebanon. International trends suggest this will continue: Western statesʼ traditional reluctance toward hosting migrants and refugees has grown exponentially across both sides of the Atlantic. It feeds into “out of sight, out of mind” policies that reward host states of first asylum for serving as buffer zones against asylum seekers, from the Middle East and North Africa to Mexico.

The global shift toward the commodification of forced migration is not lost on the host states. A few weeks after the 2016 E.U.-Turkey deal, Kenyaʼs national security head threatened to close down the Dadaab refugee camp, one of the largest in the world, saying the West had been getting away with it “on the cheap.” Looking back at how they dealt with the Syrian refugee crisis, a Jordanian official said that “we should have blackmailed the E.U. like Turkey did.” But, as I have argued elsewhere, refugee-rent-seeking strategies are no longer limited to the Global South. In 2015, Greek Foreign Minister Nikos Kotzias said that if Greece was forced out of the euro zone, “there will be tens of millions of immigrants and thousands of jihadists” flooding Western Europe.

As the process of protecting one’s safety by seeking asylum abroad – a person’s right protected by international law – is demonized and implicated into narratives of “crises,” we need to pay attention to how Western states aim to securitize immigrant and refugee flows. In this context, the rise of refugee rentierism suggests that analyses of power politics are incomplete if they do not take forced migration into account — not necessarily as weapons in terms of “new wars,” but as instruments of diplomatic negotiations and leverage, as part and parcel of the international system.

Gerasimos Tsourapas is a Visiting Scholar at the Center for European Studies, Harvard University and a Senior Lecturer in Middle East Politics, University of Birmingham. His research on the international politics of Syrian refugees has been funded by the British Academy and the Council for British Research in the Levant. This piece is based on work previously published with the Journal of Global Security Studies, RefugeesDeeply, and The Washington Post.

Begin typing your search above and press return to search. Press Esc to cancel.